During the past forty plus years, Rabbi Schneider has committed his life to a passionate pursuit of Jesus and being used by God for His purpose. Through his years of experience in both personal spiritual warfare and ministry, Rabbi Schneider is equipped to bring to God’s Church deep insight into how to gain power over the realm of darkness and live in victory.

Today Rabbi Schneider hosts the impactful television program Discovering The Jewish Jesus, which is available seven days a week in more than one hundred million homes in the United States and airs in nearly two hundred nations worldwide. Viewers tune in regularly as Rabbi Schneider brings revelation on how the Hebrew Bible (Old Testament) and New Testament are connected. His teaching has personal application that builds faith, changes lives, and instills a greater awareness of God’s love.

Several years ago God told Rabbi Schneider, “You are an evangelist.” The fulfillment of this calling is evident by the salvation testimonies the ministry receives through its television broadcast and by the thousands of souls saved through on the ground outreaches and crusades across Africa and in places like Israel, Ukraine, and Cuba.

Rabbi Schneider has authored several books including: Awakening to Messiah, Do Not Be Afraid, Self-Deliverance, The Lion of Judah, Rivers of Revelation, and The Mystery of Dreams. He has been featured in The Jerusalem Post and is a frequent guest on TV programs, including: The 700 Club, Daystar’s Marcus and Joni, and Mornings with Maria on Fox Business Network. 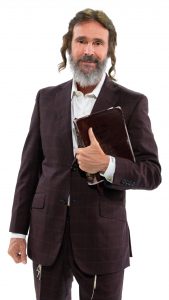